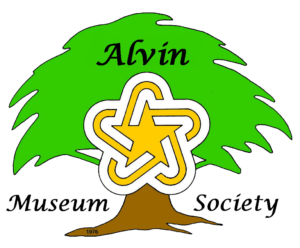 Click the link below to see a video of all the Alvin Historical Museum has to offer. 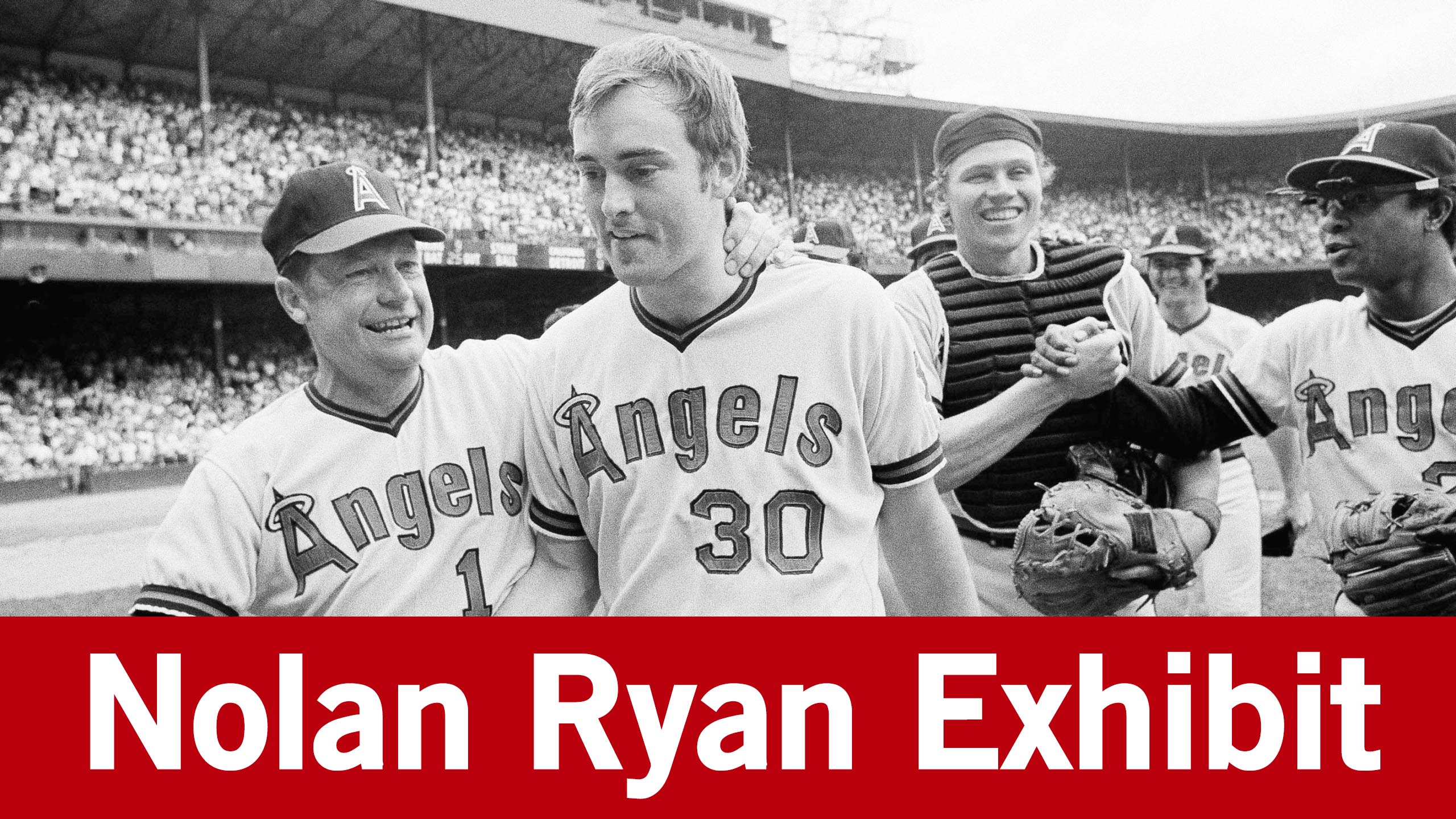 Explore this hometown hero and Baseball Hall of Fame member’s legendary baseball career through this memorable collection of personal items that stretch from his days as a little leaguer to his final moments in Major League Baseball. 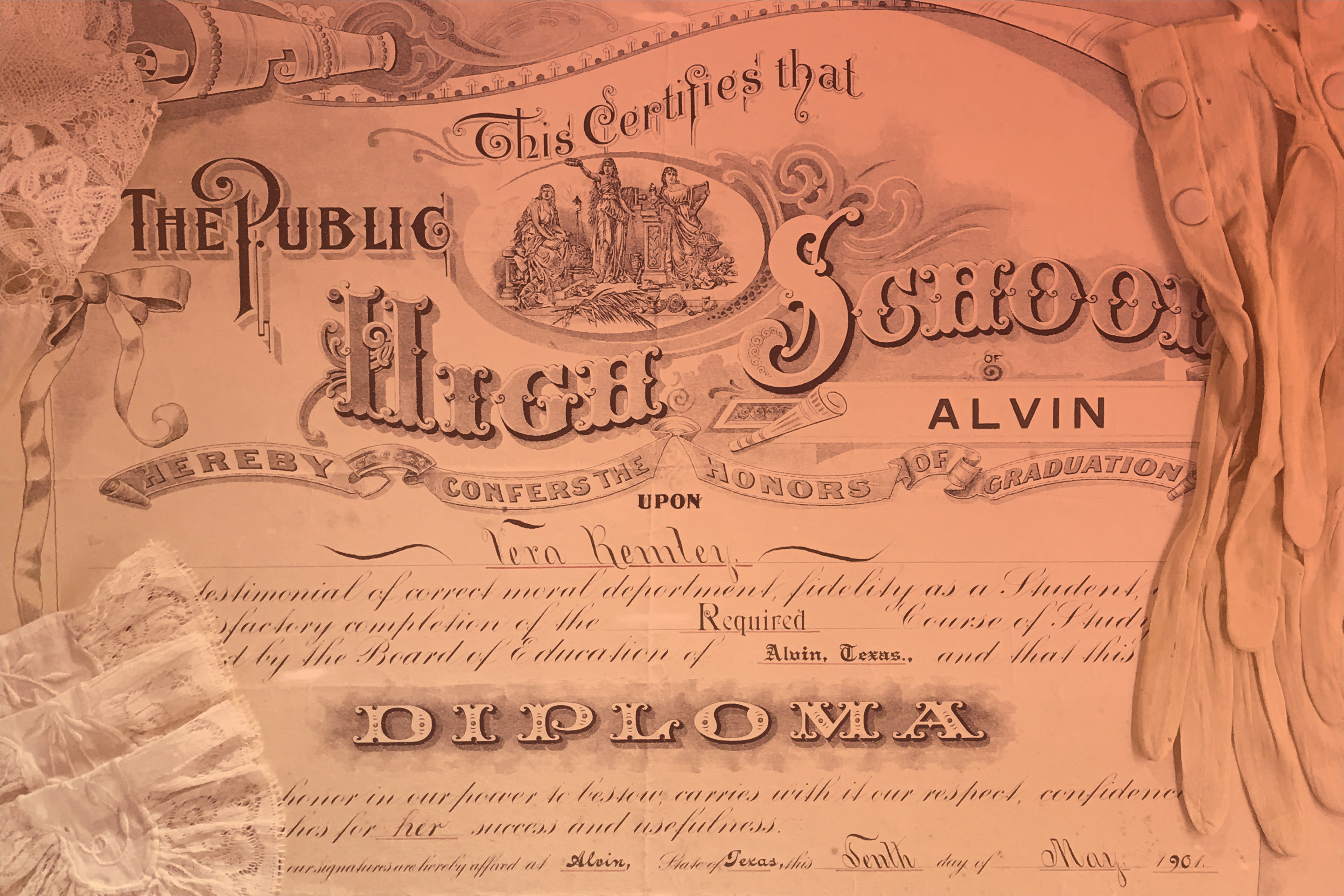 See how one of the fastest growing school districts began through this collection that documents a relatively unknown culture and history of the Alvin Independent School District. 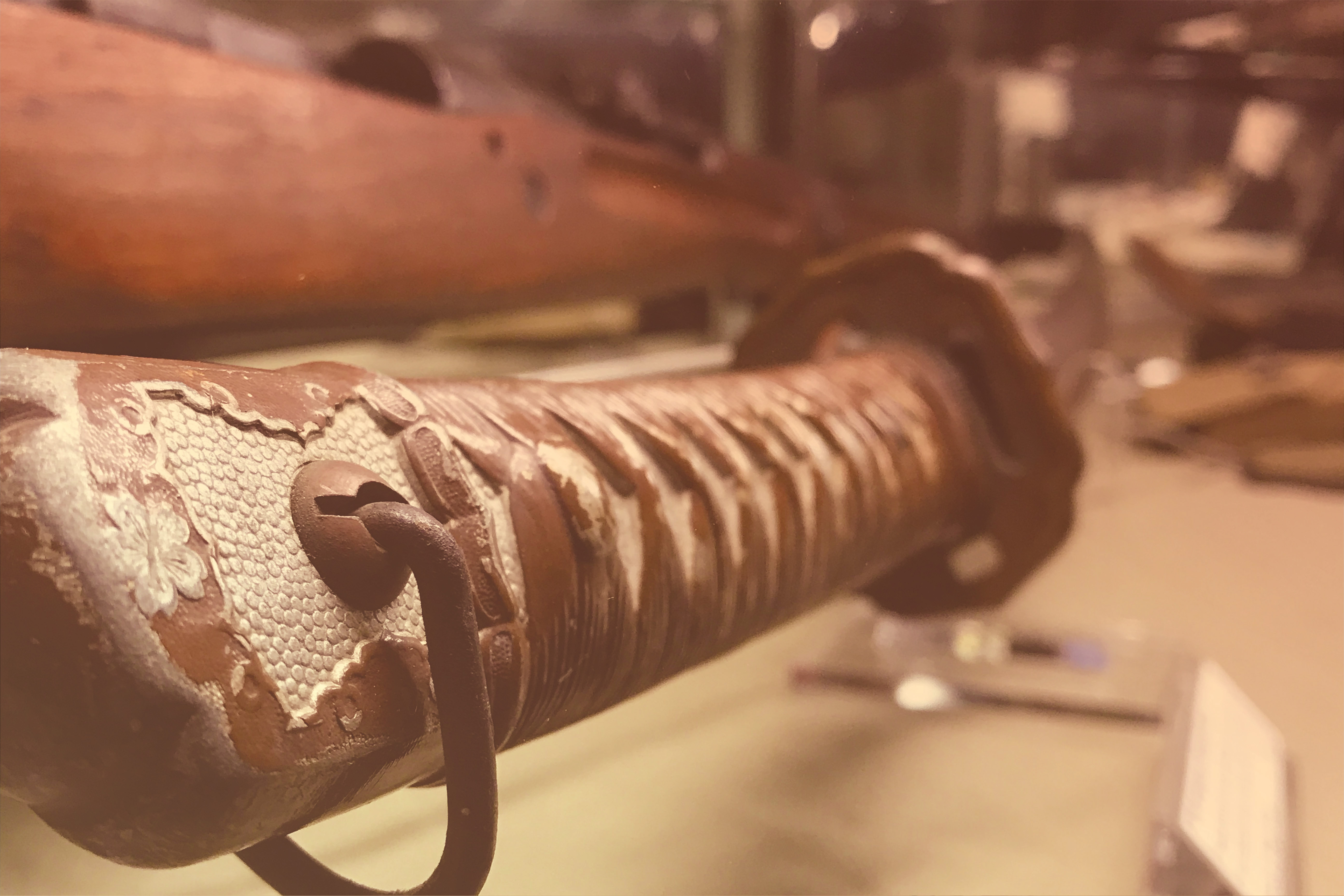 This vast collection of war memorabilia from the Civil War,  World War I and II will capture your attention by taking you back in time to see the role the city of Alvin played during these eras. 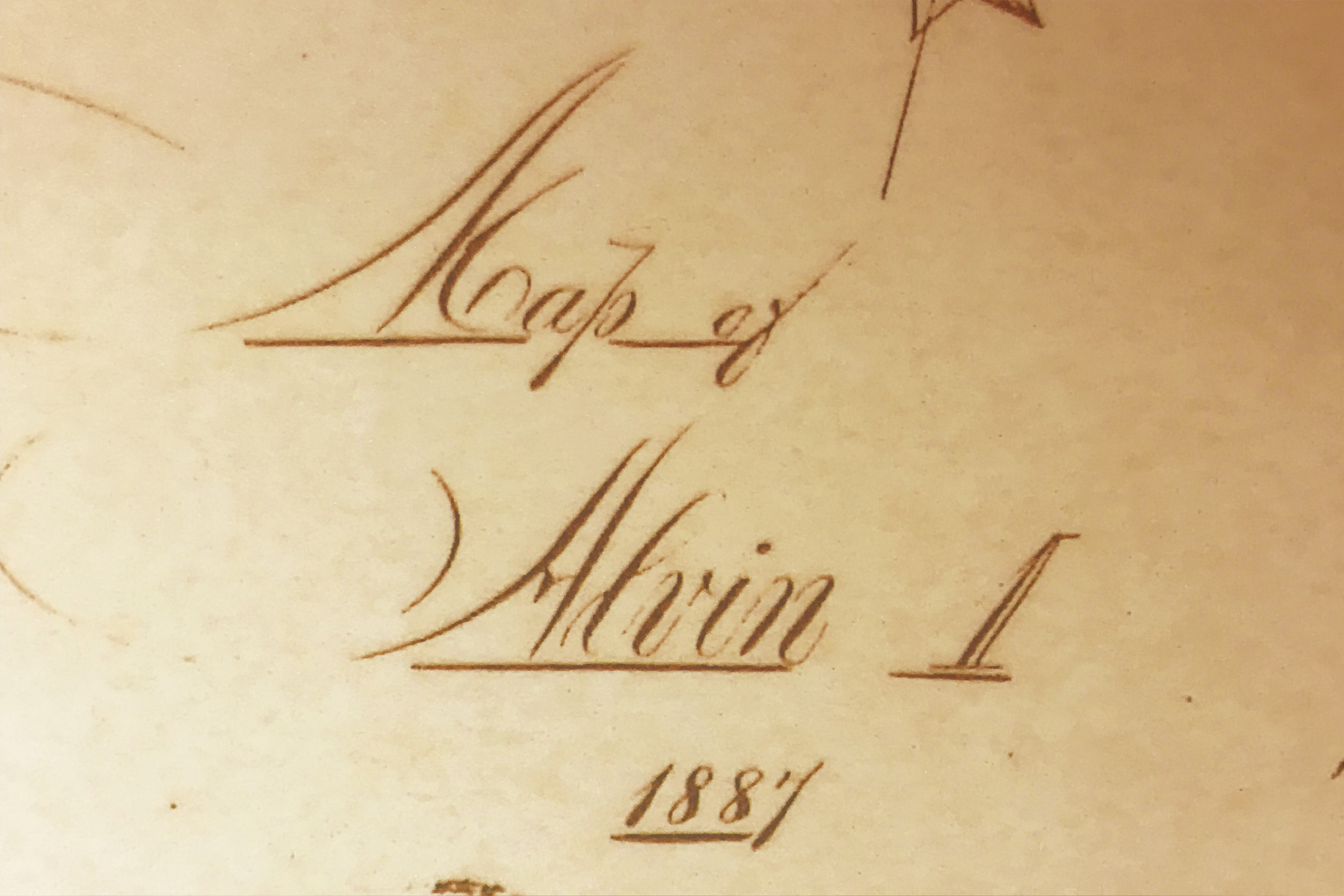 What hidden treasure awaits museum-goers as they learn about Alvin’s rich history through war times and how they boomed in the dairy farm industry. 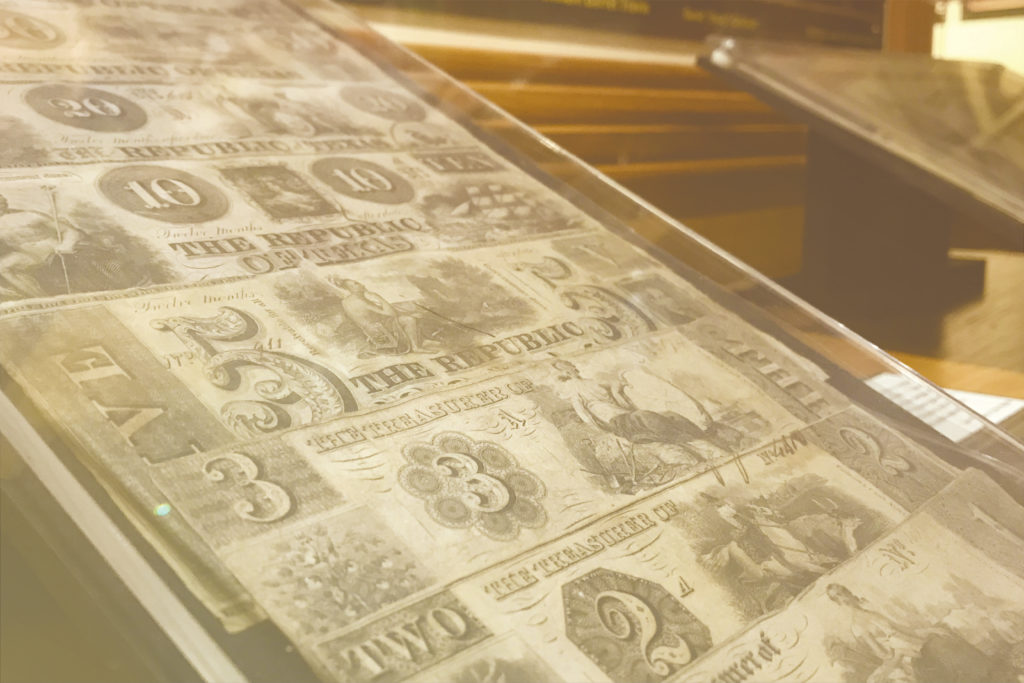 You don’t have to be a coin collector to enjoy this this unique collection of currency.  Come see the intricate designs and colors of this Republic of Texas money collection that also includes a bond signed by Santa Ana himself.

EMIGRANTS AT NIGHTFALL
By Loren Mozley

During the Great Depression, President Franklin D. Roosevelt initiated a program to pay artists around the country to create murals to decorate public buildings nationwide. The program was to be called the “people’s art.” Designed to inspire and encourage a nation overwhelmed by the problems of the Great Depression of 1934-43, the murals program of the federal government put needy artists to work and offered a vision of hope to communities struggling with acute economic and social hardships. In Texas, forty artists participated in the program. The post office murals captured the flavor of Texas, including themes of regional history and settlement, moving away from European-centered art in favor of an art based on American themes. In 1942, a mural created by Texas artist Loren Mozley was installed in the Alvin Post Office, where it remained until 1966.

Loren Mozley, born in 1905, spent his early years in New Mexico, working and studying in and around Taos. After he finished college, he traveled to France, Holland, and Italy to further his studies. He also spent time in New York City, working as an engraver and painter, where he became friends with renowned artists Diego Rivera, Frieda Kahlo, and Georgia O’Keefe. He returned to Taos in 1935, and in 1938 he moved to Texas to help establish the new art department at the University of Texas at Austin. Under his guidance, the art department flourished and he remained there until his retirement in 1975 with the rank of professor emeritus. Three years later his career was commemorated by a retrospective exhibition and catalogue organized by the University of Texas Art Gallery. Mozley died in 1989. His work is shown in several galleries in Austin, Albany, and San Antonio.

When the Mozley mural was taken down from the Alvin Post Office wall in 1966, it was folded and stored in the building’s basement. Many years later a Post Office employee contacted a museum staff and asked if the museum would like to have it. Cleo Congrady and Ida Blanchette took the mural, unfolded it and covered it with protective sheets, and rolled it into a cylinder. It was stored at Alvin Community College until 2005, when it was brought back to the museum building, now housed in the original post office. (Had the museum not retrieved the mural from the basement of the post office, it would have been destroyed in the Great Flood of 1979.)

Restoration of the deteriorating mural was begun in the summer of 2015 and was completed in September. Lee Casbeer, a Texas mural restorer, was commissioned by the museum to oversee the restoration project, which was made possible by a gift from Nolan and Ruth Ryan. The restored Emigrants at Nightfall has now been installed in the Alvin Historical Museum, the same building where it was originally displayed.

The museum extends its deep gratitude to the Ryans for this generous gift, which will enable this historical mural to survive for years to come for the enjoyment of all museum visitors. 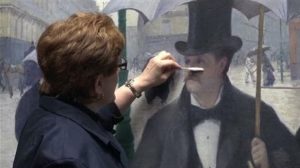 In addition to permanent exhibits, the museum also features temporary exhibits which are continually changing.

Below are examples of a few of our past exhibits. 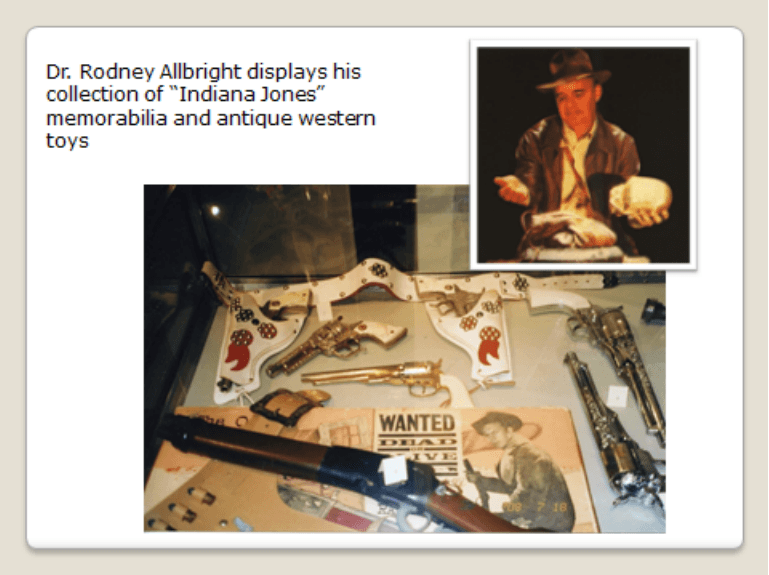 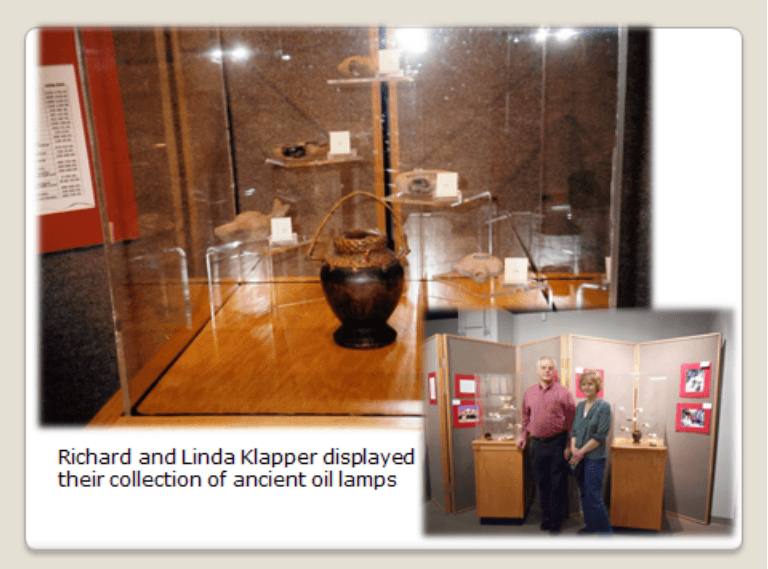 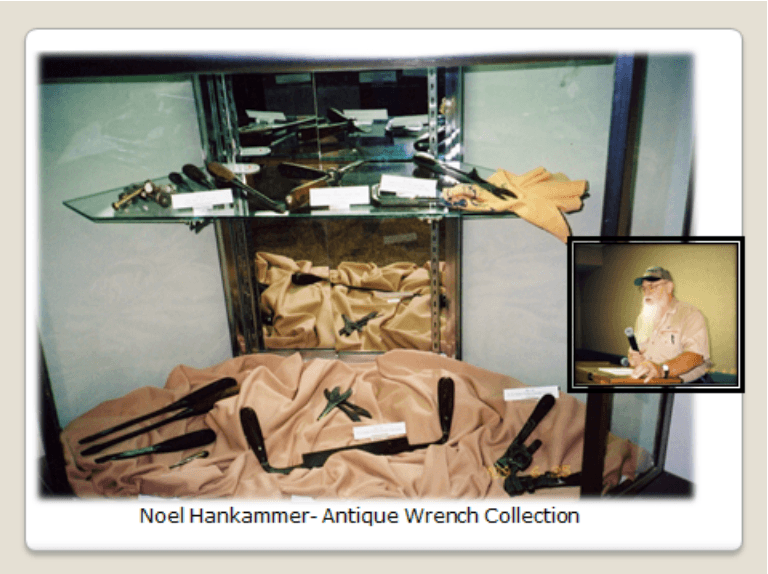 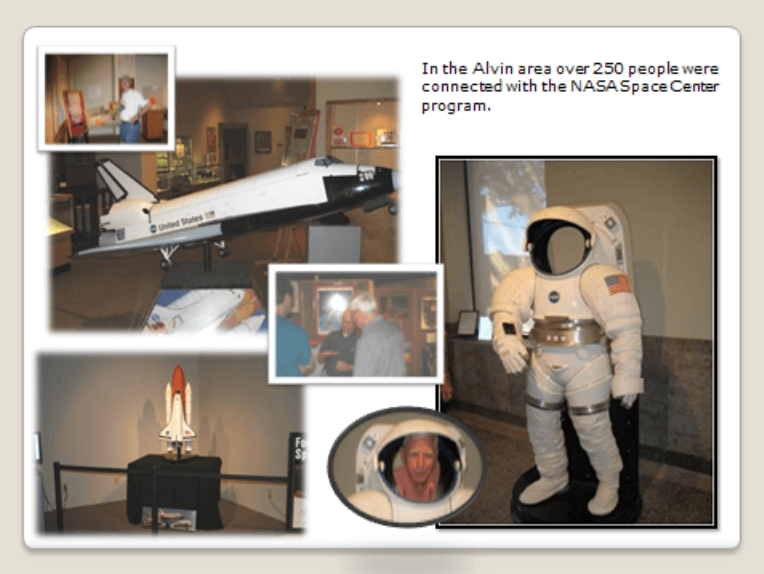 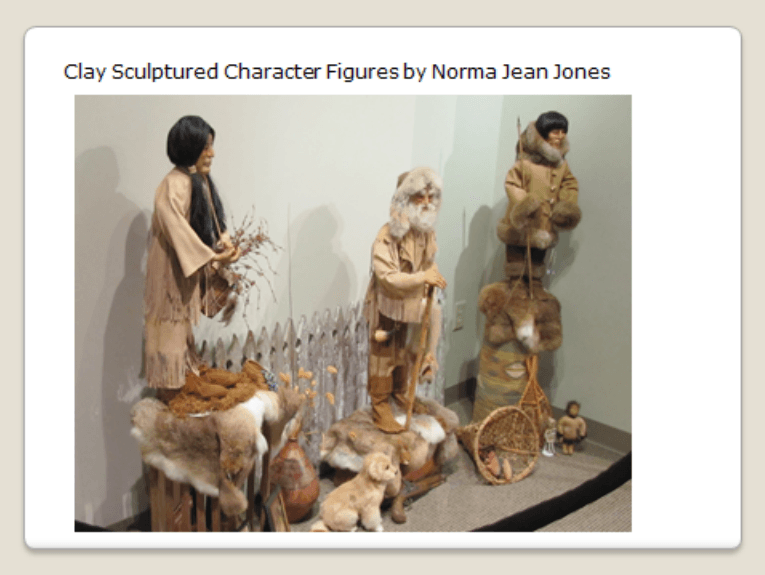 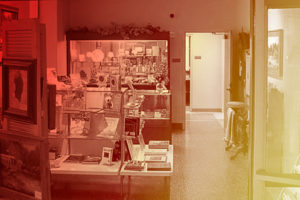 The Alvin Museum Gift Shop located in the foyer of the Historical Museum provides a selection of books, memorabilia and gift items. Some of the books relate to Alvin community history and other items are handcrafted by local artists.

The shop is self-supporting and proceeds from sales benefit the museum.

There is no charge to visit the gift shop.